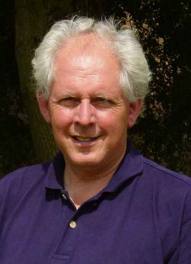 John Sibson is a Cumbrian artist working from his studio high on the Pennine fellside in Hilton near Appleby.  His earlier years as a painter were spent in the Harrogate area.

His main development over the years has been in watercolours but more recently he has enjoyed a more free and colourful style in oils and acrylics.  Summer School at the Slade on London contributed to this development.

In the past he has exhibited in the Mall galleries in London in the Royal Society of Marine Artists Open Exhibitions and in the Houses of Parliament.  He has been a recent prize-winner in the Cumbria Open Artists Exhibition.

He shows regularly in many one man and shared exhibitions in galleries in the north and elsewhere ranging from Scotland to New Zealand, where he spends winters in a small property in the far north.

He publishes his own reproductions and cards and demonstrates and teaches around the North, and is well known to a number of the Yorkshire and Cumbrian art societies.